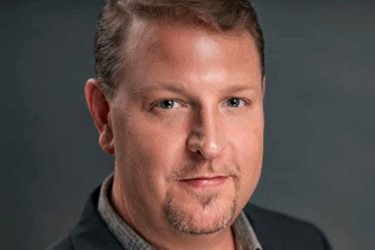 In a recent interview, VARinsights.com spoke with Rob Vanderberry, Senior Account Manager for Alphanumeric Systems, Inc.  Rob explained the challenges involved in an IT install/upgrade of 58 individual schools for the North Carolina Community College system.

VARinsights - When it comes to taking on a project as big as your recent success with the North Carolina Community College system, what where some of the initial challenges you faced when partnering with a large school system?

Rob Vanderberry - The NC Community College system consists of 58 individual schools, ranging from fewer than 1000 students, to more than 20,000 students.  In the early 2000’s, they began to implement “Colleague” software – formerly Datatel, now owned by Ellucian – as their ERP solution to run many of the Colleges’ business operations.  The biggest initial challenge was properly designing and sizing infrastructure solution sets to host Colleague for each campus; the spectrum was (and is) very broad in regards to server sizing, data storage, backup/recovery requirements, on-site skill sets, readiness, and of course, budget.  Some schools were more excited to start the journey than others were.  Moreover, these are proud schools with their own identities, so even schools of similar size have different, custom business needs.  North Carolina may not look huge on a U.S. map, but centrally located in Raleigh it can still take us up to six hours to reach the most remote campuses.  The sheer volume of on-premise, customized solutions required a great deal of coordination, travel, and time.

VARinsights - How did taking on a project of this size effect your operations planning?

Vanderberry - The Colleague ERP software was designed on a UNIX-based database running on Sun Microsystems hardware (now Oracle).  Alphanumeric bundled servers/storage with Veritas Netbackup software, and installed the vast majority of the solutions since so few of the schools had the necessary skill sets to do so themselves.  Therefore, our Engineering team had to be strong in those technologies – at one point, we had to staff up to four of these rather specifically skilled Engineers – and our Sales and Operations teams had to get very good at the design/quote/order/track process as it was replicated dozens of times, EACH time an upgrade was necessary.  Also, our Project Management team was pressed to keep track of multiple, parallel 1- to 2-week engagements for months on end, to ensure success within budget and timeline and proper documentation for each campus.

VARinsights - What specific problems did you run into during the course of the project and how do you address them?

Vanderberry - In the mid-2000s, Datatel announced a new release of Colleague that would only be supported on SPARC IV chip technology; the problem being that all of the schools had just spent several years stabilizing on older SPARC III servers.  The new release, R18, required that the entire State undergo what we call a “forklift,” meaning that the schools had to buy new infrastructure all over again.  The schools were uniformly unhappy about the forced upgrade… especially since the smallest new SPARC IV server at the time was $30K after 50% discounts.  That’s a lot of money for the smaller schools, and it’s not cheap whoever you are.  Oh, and this happened during some of the worst budget cuts in State history. This phase was also harder for our Engineers than the initial installs because of the software customization happening at each school; those had to be addressed while migrating entire Production workloads.

The other main issue we faced was Oracle’s purchase of Sun Microsystems in 2010.  It caused massive changes in Oracle channel and leadership personnel, discount procedures, support renewals, and divestment from educational pricing programs.  We found ourselves needing to “train” an entirely new set of manufacturer reps on the Colleges and System Office, how they conduct business and how to support their efforts.  Luckily for the Colleges and for us, Oracle brought the right resources to bear and we’ve continued to effectively serve the State together.

VARinsights - How, if at all, does a project of this size affect/alter your pricing model?

Vanderberry - Working as closely as possible with the campuses and the System Office, we understood the State’s overarching vision for the schools.  We worked with Sun Microsystems, and eventually Oracle when they bought Sun, to optimize acquisition costs across the state with “blanket” discounts that applied to the smallest schools as well as the largest (as opposed to volume-based variations in pricing).  This gave the small campuses equal buying power.  We and the manufacturers treated this entire initiative as a single, long-term opportunity with dozens of moving parts.  Having held the Sun/Oracle hardware contract with the state since 1999, Alphanumeric has been able to consistently provide maximum discounts to everyone as platform upgrades have commenced over time.  We’ve been serving the NC Public Sector for 38 years; it’s never been about maximizing transactional margins for us, but rather about earning long-term business through Win-Win relationships with our Clients.

VARinsights - What specific issues needed to be considered as a project of this size comes to an end?

Vanderberry - By mid-2018, we expect to have finished the Production installations of (what we believe to be) the final iteration of Colleague on Oracle in the State.  For the last two years we have been making the schools ready for an Oracle operating system upgrade from Solaris 10 to Solaris 11, most requiring yet another server upgrade.  Now we are building business continuity and disaster recovery solutions to support the schools for the next several years.  The new vision for the NC Community College system is not in the least surprising: Microsoft-based (where skilled staff is more available), moving to the Cloud, perhaps hosted.  It’s early in the process, but we have plenty of reason to believe that this will be reality within five years.  So while we provide shorter-term solutions between now and that nebulous “then,” we also have to be ready to support the Colleges in their Cloud migrations and hosted solutions of the near future.

VARinsights - How, if at all, are you involved with the customer after the completion of the project?

Vanderberry - We remain tightly engaged with the Colleges.  We manage and maintain their Oracle hardware support contracts; our Senior Engineer is considered by most schools to be their most trusted advisor in regard to ERP platform (which makes sense after a couple hundred installs); we provide numerous other Project, Staffing and Learning solutions to the schools.  Supporting the success of the NCCCS is a much larger undertaking than any single initiative, no matter how vast.

VARinsights - What specific lessons did you learn from this project, that you will use in future projects?

Vanderberry lessons learned from this ongoing, evolutionary project have been prevalently about agility, adaptation and a cultural paradigm shift from IT Reseller to Business Solutions Provider.  Our conversations changed over time; what used to be “Don’t you want to buy what we’re selling?” is now “What challenges stand in the way of your organizational objectives, and how might we be able to help you on your journey?”  We learned how to walk down the path with our Client partners, instead of sitting across the sales desk from them.  And we’ve learned how to leverage both our Staffing/Recruiting arm and our partner ecosystem to right-size our teams as needs and solutions are identified and developed, and eventually replaced with new technology and/or direction.

VARinsights - What advice would you offer to other VAR executives concerning partnering with a large school system?

Vanderberry - The main consideration about these opportunities is that you’re signing up for a massive series of deep dives as you learn each school’s people, knowledge and technologies, which are constantly changing.  And, in my opinion, focusing primarily on maximum transactional profits when serving a school system is a big mistake.  Let your company’s financial success be a natural by-product of striving to do the next right thing for the campus.  Make it about your Client – each and every one, equally important and not just because they talk to each other – and how you can provide value toward their success.  And always be ready to share the fact that there are some things you do NOT do!  We spent some time in the past trying to be everything to everyone; both we and our Clients suffered until we narrowed our corporate identity to the solutions we’re best at providing.

There will be plenty of variables not in your control: technology advancements, pricing changes, interdependence with other IT solutions, sometimes even personalities and politics.  What you CAN control is how much you care about truly partnering with Clients, and how clearly you convey that message.  Yes, you’ll need the expertise amongst your team members to successfully transform visions into reality, understanding and performing the many processes involved in the life cycle of a solution.  But keep in mind: No one cares how much you know until they know how much you care.

Founded in 1979, Alphanumeric employs 620 and enjoys a 15% growth rate by supporting its clients in achieving and exceeding their most important business objectives. They do this through tailored and multifaceted support solutions that promote efficiency and productivity in three basic but crucial components of a successful business: Technology, Knowledge, and People, in the Education, Government, Healthcare, Pharma/Life Sciences, Manufacturing, Commercial/Enterprise verticals.