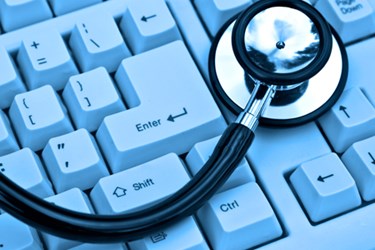 Just as EHR vendors are beginning to team up in advancing the cause of health information exchanges (HIE), a study is released questioning their overall effectiveness.

The collaboration of five major EHR system developers and four IT provider organizations is being heralded as bringing “Facebook-, Google-, and Amazon-like thinking to healthcare IT,” according to Modern Healthcare.

The Argonaut Project was launched by health IT standards developer Health Level Seven (HL7), along side vendors including athenahealth, Cerner, Epic, MEDITECH, and McKesson. The developers together make up about 45 percent of the hospital EHR market and 28 percent of the ambulatory care market.

The partnership aims to achieve accelerated development and adoption of HL7’s standards framework in an HIE environment.

Even with all the excitement around HIEs, the actual effectiveness is still in question. A study published in the Annals Of Internal Medicine has revealed that the jury is still out on what they’re actually accomplishing.

The RAND Corporation (supported by a grant from the U.S. Department Of Veterans Affairs) examined selected databases between January 2003 and May 2014. The study revealed that among the existing 100 HIEs, only 13 have been reviewed, with six of those being in New York State. It also found that while there is some evidence that they reduce utilization and costs in the emergency department, effects and other outcomes are uncertain.

In addition, according to Fierce EMR, the study found that use of HIEs was low, involving only 2 to 10 percent of patient encounters, and that use, overall, was inconsistent, leaving many HIEs still struggling to justify their existence from a business standpoint.

The researchers recommended that HIEs be viewed as “experiments” until more conclusive information is available: “When considering the large public investments in HIE and its postulated critical importance to healthcare delivery, more studies are needed to identify what does and does not work and in what contexts. Until better evidence is available, all HIEs should be viewed as experiments and evaluated as such.”