Healthcare Construction And Tech: Why VARs Should Care 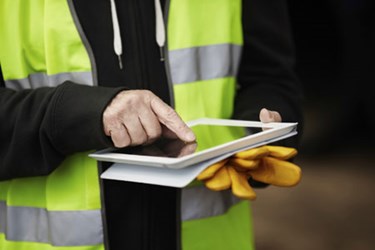 Construction has a reputation of lagging even further behind on technological innovation than healthcare. A boom in the meeting of the two though, has brought about advancements new to both industries — most notably, Building Information Modeling (BIM).

3D modeling isn’t a new technology, but historically it has been difficult to apply to the construction industry. Previously, the industry did not believe that computer models were reliable enough to be used in the field for prefabrication of critical building components. If anything needed on-site rework, any savings in time, cost or quality would be lost. Additional issues included:

Now, GPS and laser systems locate BIM information in the field, which means that replacing large medical equipment, like MRIs, can be done by finding the best route through the existing hospital — minimizing impact on the facility, people, and operations.

The use of BIM is far from just innovation for its own sake. Healthcare facilities are incredibly complex to build, both technically and logistically. Building specifications must be highly detailed and architectural plans tightly coordinated. Beyond that, innovation in technology in healthcare frequently outpaces the time it takes to build actual facilities. The result? Projects are plagued with coordination issues for designers and cost overruns when designs are made obsolete by new technology or healthcare regulation.

The Benefits Of BIM

The true beauty of BIM, is that a facility can be designed, built, and tested in a virtual environment, where real-time simulations can be conducted before construction even starts. This allows a project team to find errors, omissions, and conflicts before the construction phase even kicks off, meaning that corrections can be made at minimal cost.

Even after construction is complete, though, BIM offers the benefit of creating a working database of information around the facility that is useful throughout the building’s functional life. Any future upgrades, operational procedures, or scenario planning can be done using BIM technology and the information gathered and created from the beginning of the project’s life.

In The Real World

The world’s tallest children’s hospital (23-story, Lurie Children’s Hospital in Chicago) used the technology in ways that involved facility personnel and levels of coordination of construction teams that were previously unheard of.

While the construction industry has also not traditionally been associated with high levels of safety, the partnership with the healthcare construction boom has yielded positive results. According to Steve Whitcraft, a 28-year, construction-industry veteran and current director of commercial and healthcare segment groups in the Texas region at Turner Construction Co., “Focus on safety is the inspiration for many improvements in healthcare construction. We are challenging our project teams to produce the same (or better) result, eliminating risk to the patient, the worker and adjacent objects, people or buildings. Just because ‘we have always done it that way’ is not a good enough reason to continue unquestioned.”

Looking to go deeper? Check out the Top 5 Trends In Managed Services For Architecture, Engineering, And Construction.