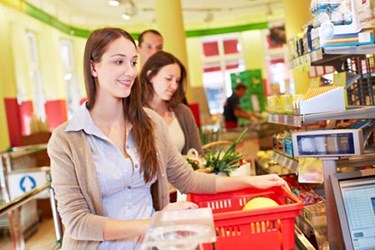 A recent report shows click and collect is expected to accelerate, and new research shows supplies in the consumer good industry are overwhelmed by data — and this is inhibiting their ability to compete.

Convenience Store Decisions highlights some of the findings of a recent Planet Retail report on the top trends poised to shape the grocery industry in 2014. According to the report’s author, Sandy Skrovan, the biggest changes will be brought about by rising numbers of on-the-go and constantly connected consumers. Click and collect is expected to accelerate, while digital will disrupt the shopper journey. A Planet Retail survey shows that two out of five shoppers seek real-time offers via smartphone while shopping. A third of shoppers also want to be able to use their smartphone to navigate and find items in store aisles.

Consumer Goods Suppliers Challenged By Too Much Data

According to new research from Intermec by Honeywell, 60 percent of suppliers in the consumer goods industry are finding themselves overwhelmed by data. Indeed, these companies admit to having more data than they are capable of processing and acting upon, which is inhibiting their ability to compete. As consumers grow more insistent on knowing where a product comes from, 57 percent of companies feel more consumer pressure to show better traceability. (Only 35 percent of retailers are currently putting pressure on suppliers for this traceability information.)

A Brick Meets Click article discusses a Duke University study that shows most CMOs are turning their attention to social media. However, only a small percentage of companies have been able to show the benefits. Most businesses appear to be in a “test and learn” phase with social media. (This “test and learn” phase has not made as much progress in the C-suite as it has at the specialist level in food retail, BMC says.) According to a Blueocean Market Intelligence study, Pinterest is going to become a more important driver of purchases than Facebook or Twitter. This will be the case especially as content marketing becomes more dependent on visuals (video/pictures) as opposed to text. Social shopping will also be integrated into social platforms so customers can quickly buy, share, and/or tweet.

In his expert column for Progressive Grocer, Thomas Stern from ZOG Digital says that consumer reviews can influence a grocer’s SEO. He provides a list of the best practices grocers should keep in mind before responding to reviews, both positive and negative.

Grocery stores could benefit from investing in technology and leverage “Front of store opportunities,” Progressive Grocer says. The article focuses on the benefits of self-service coin counters, however also emphasizes the importance of back-office efficiency. Cash and check scanners and dual purpose technology, which makes counting currency more efficient, could help expedite and streamline back-office tasks.