Grocery And Convenience Store IT News For VARs — January 3, 2014 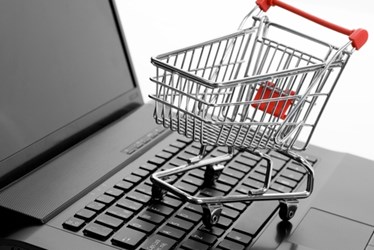 In the news, mobile ad spending increased in the first half of 2013, and grocers want to streamline their businesses with technology.

Supermarket News features a video report about mobile ad spending from Phil Lempert. According to Lempert, mobile ad spending doubled in the first half of 2013, totaling $3 billion, versus $1.2 billion spent in the first half of 2012. While growing in popularity, Lempert says this newer form of advertising brings about new challenges for retailers. It is difficult to track behaviors among shoppers using different mobile devices. In addition, consumers claim they don’t like mobile ads because they are interruptive. Regardless of these challenges, Lempert urges retailers, especially grocers, to experiment with mobile advertising in order to reach their increasingly mobile customer base.

According to a Grocery Headquarters article, many companies will be looking into technology investments in an effort to reduce costs and streamline business operations in 2014. Grocers in particular will be looking for ways to cut down on energy bills and make stores more “green.” Some officials say stores will begin using Big Data and electronic controls to manage energy efficiently.

Convenience Store News reports that 13 states raised the minimum wage in the New Year. In 2013, a number of workers across the country staged protests to push for a minimum wage increase to better meet the costs of living. The federal minimum wage remains $7.25 per hour, but with the changes that took effect on Jan. 1, 21 states now have minimum wages that exceed that rate.

According to NACS Online, Japan is making several big leaps into omni-channel commerce, inspired by U.S. buy online, pick-up in store programs. Customers ordering goods from Seven & I’s department stores, supermarkets, and other companies will be able to pick up their goods at local 7-Eleven c-stores.