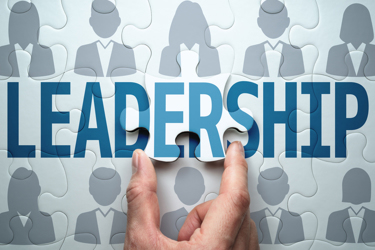 What does it mean to be an intentional leader? Many people assume it is synonymous with being assertive or decisive. In fact, intentionality is different, though related. It is a directedness toward something. In leadership, intentionality is a sustained focus on a goal or initiative, one that has purpose and meaning for the enterprise. People experience an intentional leader as deliberate. They have a plan. It is clear. Everybody understands. The leaders know what they’re doing and why.

Data collected from tens of thousands of leaders through our assessment of executive presence shows leaders could be a lot more intentional. The cost of this is high for organizations. A lack of intentionality slows down strategic execution. Companies and teams waste time, money, and talent. People get discouraged, lose momentum, and often stop working on a project altogether. When people aren’t clear, things aren’t getting done.

In reviewing feedback on over a thousand leaders, we found intentionality ranks as one of the lower of the “style” elements of executive presence that are critical to driving execution. This is more problematic now than ever, as the pandemic stresses, remote work, and virtual team environments of the last year have tested leaders’ abilities to keep people energized and focused.

Where Is There Room For Improvement?

Specifically, our research showed that on average peers, direct reports and managers see room for improvement in three of the six elements of intentionality that we measure in leaders.

What Prevents Us From Being More Intentional?

To understand what prevents leaders from being more intentional, we analyzed open-ended comments on the surveys. While there are many reasons, a few themes emerged.

One is how effective and sophisticated leaders are at meeting management. Many do not run great meetings and in many company cultures, poor meeting management practices are epidemic. This has become an even bigger challenge during the pandemic with the rise of virtual meetings and over-stuffed calendars as leaders tried to recreate the office via Zoom or Microsoft Teams, and struggled to get the new meeting formula to work. Whether virtual or in person, it is critical for leaders to know how to create an agenda, set expectations, orchestrate a healthy discussion while keeping it moving, and not forget to finalize with agreement on the next steps and who is responsible.

Another reason why leaders don’t show up as intentional is that they simply feel pressed for time. They may know deep down that an issue is worthy of discussion, but they are distracted by priorities, called into other meetings, or pulled away on special projects. They perceive these urgent demands as more important. They end up canceling or cutting short team or project meetings to the detriment of sharing a valuable connection.

Personal Habits That Can Hold Us Back

As leaders, we can undermine intentionality with our own bad habits. Sometimes we aren’t taking time to reflect, which means we are not clear ourselves about what needs to be done and why. Leaders need to carve out time to think and develop a viewpoint. That doesn’t mean adopting the attitude that it is “my way or the highway.”  Rather, it is cultivating an informed perspective. A leader’s outlook should be informed with all types of data, including the team’s input and perspective.

A second habit that can hold us back is launching an initiative and expecting people to just run with it without a healthy balance of “inspecting what you expect.”  Ignoring the need to set and track milestones and markers is fatal. You’re going to get unhappy surprises. Ground intelligence is critical. Remember to review data, and tune into emotions. Be attentive to how your team feels things are going and ask why. In a remote work environment, this takes extra time and attention to seek out input and gauge true feelings, but it is time very well spent.

A third bad habit is allowing your emotions to rule you when things aren’t getting done. Anger and impatience discourage open dialogue and keep the group from discussing and getting back on track. You may be tempted to shut down discussion and tell people to just do it. Sometimes, this is necessary, and it works. You should make the call when it is urgent or not important to debate. However, that isn’t the only answer to leading with intentionality.

Intentionality Is Not “Telling”

There’s nothing autocratic about intentionality. It does not imply a ruthless adherence to a plan. As a matter of fact, intentional leaders balance focus on a plan with the flexibility to execute. You need to lead your team to roll with the unanticipated challenge as it comes along. So, you need to know what’s happening in real-time and encourage people to work through it.

How can you avoid the temptation to “tell”? Let people discuss the issue at hand. Be clear when they have the decision, and when they are simply recommending a way forward. Empower the team to make more decisions. Set aside more time in meetings for back and forth. Let people know if they should speak up. When they do, compliment them for doing so.

Every meeting should close with deadlines, owners, and accountability. There’s nothing that derails a leader’s intentions more than allowing people to drift out of a room because time is up and they are due elsewhere. Before the meeting closes, set aside 5 minutes to identify who does what and have people acknowledge it and agree to the next steps. Not only does it make your life as a leader better – it gives the entire group confidence that they have each other’s backs. They are also excited to review progress at the next meeting.

5 Ways To Focus On Intentionality

We have found there are five ways for leaders to help focus on intentionality:

Suzanne Bates is Managing Director of BTS Boston and the Founder of Bates, a BTS company, a global consulting firm that helps organizations improve performance through communicative leadership. https://www.bates-communications.com