Government IT News For VARs 2-18-15: Connected Vehicles And Cybersecurity 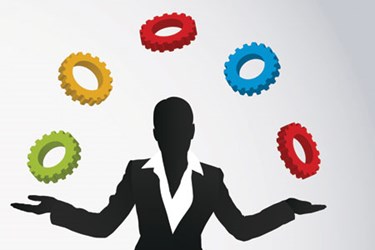 In news this week, a report reveals that technology in automobiles leaves them vulnerable to hacks, President Barack Obama unveils his new cybersecurity plan, the FAA released its small drone rules, and police body cam legislation in Florida faced some roadblocks.

According to a new report release by the office of Senator Ed. Markey (D-MA), new technologies in vehicles have made motorists increasingly vulnerable to cyberattacks and/or violations of privacy, the E-Commerce Times reports.  The report was compiled from responses from 16 automakers, and found that almost all cars on the market today include wireless technologies that could leave motorists open to attacks. Other findings include the fact that most manufacturers were unaware of or unable to report on past hacking incidents; inconsistent security measures to block remote access to vehicle electronics exist; and customers are not made aware of data collections and often are not given opt-out options.

The president has signed an executive order to encourage more sharing of information between companies about hacker attacks, but the decision to establish a National Cyber Threat Intelligence Integration Center to integrate all data from public and private sectors has drawn some criticism, according to the E-Commerce Times. Issues that need to be addressed include private sector cooperation and the lack of/need for central authority for the program, according to Politico.

The FAA has released rules regarding small drone use, taking the first step towards the legalization of commercial drone flights in the United States, according to the Verge.  Surprisingly, the new rules are much less conservative that anticipated, and — if adopted — would allow any company to use drones as long as they complied with a list of sensible guidelines. The statement from the FAA affirms that drones can be used to save lives, boost the economy, and be safely integrated into the national airspace.

According to Government Technology, a Florida bill sponsored by State Rep. Shevrin Jones requiring the roughly two-dozen law enforcement agencies in Florida that already use body cameras to develop procedures for how to use them, maintain them and store recorded data has encountered resistance over state government mandates and privacy concerns. Pressure prompted Jones to pull language from the legislation that would have required all local police departments to issue body cameras to officers and to promise to add language addressing privacy concerns.  The Senate companion bill, sponsored by state Sen. Chris Smith, D-Fort Lauderdale, is set to get its first committee hearing this week.

In this article from Fed Tech Magazine, former (ISC)2 executive director Hord Tipton expressed his opinions regarding the recently passed cybersecurity legislation and the impact on FISMA and IT architecture, highlighting in particular the roles of liability and anonymity in the cybersecurity initiatives.