Geofencing May Soon Be Required For All Drones 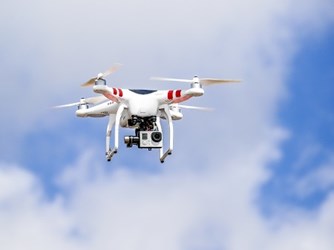 Mandatory geofencing of drones may soon be in effect, according to a new report from IDG New Service. New York State Senator Charles Schumer plans to introduce a new proposal with the goal of protecting aircraft from collisions with drones.

The proposal comes following reports of multiple close calls between drones and airplanes, including three reports within three days from pilots that spotted drones near New York City’s JFK airport in early August.

Geofencing uses GPS or RFID to define geographical boundaries. Although some companies have begun the practice of geofencing drones—such as manufacturer DJI—Schumer intends for the proposal to mandate it across all companies and drones.

Schumer hopes to use his proposal to amend the current Federal Aviation Administration (FAA) Reauthorization Bill that will move through Congress this fall, asking to require manufacturers to have geofencing or similar solutions in all drones to prevent them from flying in restricted zones, such as airports.

According to FAA rules, hobbyist drones are not allowed to weight more than 55 ponds, must be flown below 400 feet within sight of the operator, and are to be flown 5 or more miles away from airports. Unfortunately, these rules do not prevent near collisions such as those at JFK and other airports, as airplane pilot sightings of drones have increased from 238 in 2014 to more than 650 in the first seven months of 2015.

This week, a startup, Measure, has been given the go ahead by the FAA to fly 324 drones to gather data. Companies that want to fly drones for business purposes also have to abide by rules that drones cannot fly higher than 400 feet and remain in sight of their operators. Fortune also reported the startup Flirtey made the first FAA-sanctioned drone delivery in July.