Explaining Transform-Code: How To Benefit From The Natural Evolution Of Low-Code/No-Code 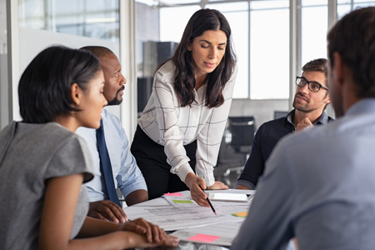 We frequently hear the terms low-code and no-code programming—almost to the point of blurring the lines between them. Part of the confusion comes from the fact that many vendors offer both low-code and no-code solutions for ISVs, which can be used in tandem or as respective, stand-alone products.

However, low-code and no-code development are two distinct disciplines. Recognizing the differences between them will help people understand the emergence of one of the industry’s most innovative next-gen development techniques: What we now call “transform-code.” These tools can help enterprises that have complex, antiquated legacy environments, allowing them to modernize their ERP environments faster and more cost-effectively.

Transform-code reduces the complexity of legacy environments by automatically converting antiquated code in existing business software applications into more modern code. Yet this process maintains all the legacy information that has been built into the application over the years, so developers don’t have to recreate this valuable “tribal business logic” from scratch.

The transform-code process gives large enterprises a more clarified and modernized starting point from which to build new and innovative applications for the different departments in their organizations. This way, companies looking to upgrade their applications can more easily transition to mobile-ready, cloud-native versions that will improve productivity and create significant efficiencies.

However, let’s define low-code and no-code to show how transform-code is distinct:

Here’s the easiest way to explain no-code programming: It’s the developer’s version of working with LEGO bricks. Instead of recreating the many mundane, redundant sequences involved in coding from scratch, designers can build complex business applications using intuitive, self-explanatory, pre-configured blocks of code that include the basic programming required to perform certain computing tasks.

Just like with LEGO blocks, designers don’t need to know how the block has been created. As long as they can intuitively connect the blocks of code, they can build the applications they need with these tools, saving precious time and labor. This applies to anything from simple applications to complex code and mission-critical business processes. No-code programming allows anyone with a bit of tech-savvy and knowledge of their company’s business needs to create a useful program. In fact, low-code programming is frequently used to teach children how to program, as with the MIT “Scratch” method.

Low-Code: No-Code Plus An SDK Kit

When an environment requires some additional complexity, no-code tools sometimes fall short. Large enterprises require a great deal of unique customization to accommodate the range of departmental business processes that need to be managed. In fact, a study Pillir commissioned with the ASUG (Americas' SAP Users' Group) showed that 91% of large enterprises rely on customized ERP environments.

However, no one can guarantee that a software vendor will be able to supply all the prefab blocks of code an enterprise will ever need. Companies are often tasked with creating a whole array of customized software applications to address back office areas such as accounting, CRM, inventory management, ordering and product tracking, and more within an ERP environment.

Low-code tools provide the same building blocks as a no-code platform but include something additional: A software development kit (SDK) that companies can use to build these uniquely customized blocks of code on their own. This eliminates the user’s dependency on the software vendor to create specific blocks of code that meet their unique needs. Gartner coined this as the rise of the “citizen developer,” although low-code development typically becomes the responsibility of team leaders, company analysts, or the end users themselves.

The Next Step In Application Development: “Transform-Code”

Transform-Code is the next generation of developer tools, which can catalyze to speed the adoption of digital transformation. This can be achieved even in complex legacy environments full of obsolete code that has been patched and revised for years. Often these legacy applications were built-in languages that are no longer supported and few developers want to work in—like ABAP in SAP environments.

A transform-code platform automatically scans antiquated, legacy code, understanding the business logic inherent in the original application, and converts that code into block-like objects that the developers can then build upon. Developers don’t need to learn the old programming language. They don’t need to recreate everything from scratch to get to the same point of functionality as the original application. It gives companies a running start in transforming legacy applications into modern ones, and large enterprise organizations have been deriving extraordinary value from it.

The best part: The efficiency of this rapid development method lets a company’s more skilled software developers focus on the main objective that the new application needs to achieve. The resources and energies of these high-level professionals can be used to address the “delta,” or the difference between the past application and its replacement, as dictated by the latest needs of the company.

Transform-code gives enterprises the ability to leverage their current business process and knowledge, automatically convert code, and innovate from there. Rapid application development is a higher starting point than traditional coding techniques, allowing them to realize the “delta code” and achieve their vision of a more modern, cloud-based ERP environment.

Vaidya Aiyer is CEO of Pillir.