Everything As A Service: The New Frontier In ITSM 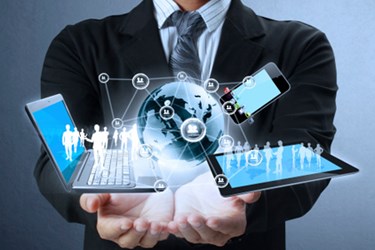 Airlines don’t buy engines to fly their planes. They buy engine operating time, in hours, to fly their planes. Oil companies, which need pipelines to transport their oil, don’t buy leak-detection equipment to guard against leaks. They buy the service from a company that specializes in providing that service to oil companies that have pipelines to run.

These examples illustrate the world-wide, economic trend of end-users, or end-consumers, no longer interested in buying the components that deliver the value they seek. They prefer to pay for the delivery of the ultimate value they seek in the form of a service contract.

The “as a service” train has left the station, coming to the world of IT at full speed and upending many of the long-held patterns of the role of IT service management. IT groups continue to embrace the cloud, one of the earliest and most relentless trends in IT. Infrastructure as a service, printers as a service, and many other “as a service” offerings are, in a positive sign, being embraced by IT groups.

What is occurring in this transition to an “as a service” model is end users are demanding suppliers deliver the result expected instead of the components necessary to be put together and managed by the end  user to receive the result, or the value expected. This is a positive change for a number reasons.

It’s impossible to hide behind the excuses of faulty equipment, or incompetent personnel, or missed deadlines because the ultimate measure of success on the part of end-users is that they receive the expected result for which they have contracted a supplier.

It is the ultimate measure of success because it sets up the relationship between supplier and consumer to be measured by the result produced, not by the effort expended. For far too long IT groups, and the world at large for that matter, have had to deal with suppliers that hide behind excuses for falling short of what is expected.

This is a common question IT leaders ask: How does one negotiate with and manage suppliers in a “black box” world, meaning there is no way for the IT group to see inside the black box used to deliver the value negotiated for.

This type of question reveals there is a cultural evolution that has to take place in the ranks of IT to become effective in an “as a service” world. And it lies in the tendency of IT folks wanting to know how things work because, historically, they have been trained and depended upon to make things work. They’ve learned they need to make things work, which required control of almost everything about the components needed to deliver the results expected.

In this new world, the primary focus becomes delivering the result above and beyond how it gets delivered and with what tools it gets delivered. Yes, there is still the need to perform the required levels of due diligence on the suppliers, their tools, and processes, but the primary role of the IT group evolves into managing the delivery of the value.

Building, controlling, and managing the base components necessary to deliver the value become less and less important — especially in areas where there is very little potential for differentiation such as servers, infrastructure, etc. IT professionals now need to learn to find, negotiate with, and manage suppliers that deliver value instead of value-delivering components.

It is the IT service management side that raises some specific challenges.

The first is the ability to seamlessly integrate this new way of working with suppliers into the entire ITSM ecosystem. That ecosystem is composed of IT in the center, and its end users and suppliers in the periphery. I’ve already touched on the cultural and mindset changes that need to happen to properly integrate all the players.

The other two areas that need to evolve are the tools and processes used in ITSM. The typical way a service desk deals with third party suppliers is to manage all interactions separate from the tickets and then manually integrate the information considered important into the particular service tickets affected. That is not a very efficient process, but it is explained in large part by the fact most tools do not provide a seamless way to integrate the participation of suppliers into each of the service tickets in which they are involved.

People, process, and tools. Every innovation that affects ITSM implies a change in each of these three areas.

Expect tools to begin introducing better ways to seamlessly integrate the participation of third suppliers into the incident management process, which will dovetail with new processes that integrate better the whole ITSM ecosystem. And more importantly, expect IT professionals to evolve into roles that focus on delivering results (i.e., value) over managing the components that deliver the results their end-users expect.