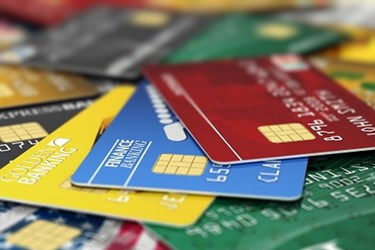 At Retail Solutions Providers Association (RSPA) RetailNOW 2015, Randy Vanderhoof of the EMV Migration Forum presented a primer for preparing for EMV, including background and important resources for ISVs and VARs.

Established in 2012, The EMV Migration Forum is as an independent, cross-industry body by the Smart Card Alliance to address issues that require broad cooperation and coordination across many constituents in the payments space in order to successfully introduce secure EMV contact and contactless technology in the United States. EMV technology uses chip cards that create unique transaction codes that made duplicating payment cards from stolen data impossible.

Vanderhoof emphasized that there is no mandate there is no regulatory authority requiring the shift to EMV technology. “It’s really a part of business process for everyone to be on the same page to do this, and to use the incentives that are in place, or to avoid the penalties that are being levied, if people don’t move in the same timeframe,” he said.

And with the October 1 liability shift date fast approaching, when liability for transactions made with fraudulent payment cards shifts from card issuers to merchants if they do not have EMV-compliant technology, all stakeholders are beginning to take action. Merchants are educating consumers regarding chip technology and training staff and back office people; financial institutions are beefing up customer service; organizations are addressing potential questions and problems of implementation and usage; and brands are trying to provide valuable information and statistics about how the market is moving, to show how progress is actually occurring in the marketplace.

Again, the October 1, 2015, date is not a mandate. “It just means that conditions are going to change after that date, in which the liability for counterfeit card transactions is going to operate under a different set of guidelines, based on whichever party is the least secure participating in that transaction,” Vanderhoof explained.

It is also important to note that ATMs are excluded from the October 1, 2015, liability shift date, and there’s actually a split liability shift change for them: MasterCard in 2016, Visa in 2017. And automated fuel dispensers are also excluded until October of 2017.

The EMV Migration Forum has created several significant resources to help in the transition process. The first is www.GoChipCard.com, which includes basic educational materials about EMV technology and the transition. It includes a number of graphics and infographics, all of which are available for distribution and reposting by resellers to education their customers.

The second important resource is www.EMVConnection.com, a site full of information sorted by issuers, merchants, acquirers, and consumers. The site includes webinars, workshops, white papers, links to other standards and specification bodies, a glossary of terms, links to the EMV co-standard bodies and VISA, MasterCard American Express, and Discover.