Edge Computing Vs. Computing At The Edge — Massively Different Outcomes 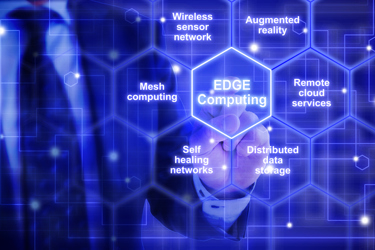 In my last article, I described the fundamental difference between true edge computing and computing at the edge.

True edge computing is not an extension of the data center. It represents an entirely different technology stack yielding massively different results that drive unique outcomes.

First, it drives down the cost of traditional compute by 50 percent to 90 percent.

Second, it enables business models that are unattainable with current technology.

IT applications are a hodgepodge of legacy systems; some bought, some built, others acquired. They are held together by staffs where no one person knows everything the app performs. Often, there is no single person or even workgroup who knows where documentation or data resides feeding every part of these apps. The app seldom does what the user wants or needs in the current business or competitive climate.

These apps are too complex to change, too fragile to fix and too expensive to rebuild, re-platform or replace. Fortune 1,000 firms live with these apps because they’ve been convinced they have no other alternative.

The edge app is fed the same data streams. It runs in parallel – for a month, a quarter, a year. Running in parallel, the edge app validates every transaction in real time.

A typical example is a billing system.

Almost every billing system has an error rate of 4-5 percent. That means the delivered work product is likely wrong 4 percent -5 percent of the time. Nobody knows which transactions are wrong.

Billing systems are hard to change and virtually impossible to replace.

Build a parallel billing system with edge technology. An edge-based system is delivered in 90 days. It runs 1,000 times faster than the current system, thus it enables new apps, like encouraging customers to check their bills via a mobile device.

The edge billing system does NOT replace the current billing system. Why take a risk? Rather, it runs in parallel. Every line item is reconciled, every bill checked.

There are now two billing systems, running the same data, with different code bases. If they agree, the transaction is certainly correct. If not, those 4 percent of incorrect bills are identified BEFORE they get to the customer.

There is no risk from modifying a legacy billing system. The company can eliminate the legacy system once the new app has proven itself and they are comfortable that the time to reap material cost savings has arrived.

Welcome to true edge computing outcomes in the IT world.

Edge computing apps run 1,000 to 1 million times faster than legacy systems. They use 90 percent less storage. They eliminate the costs of Oracle, VMware, and other expensive software. They are a different technology stack – they do not need these artifacts. Most business units won’t either.

The biggest payoff for edge apps is new business models. If an app can run 1 million times faster, it can not only do more things, it can do DIFFERENT things. New things that Business Units envision, learned about from meeting with customers and colleagues, but can’t execute without systems support.

Apps running that fast become predictive. They can see equipment failures before they occur. Such apps offer a customer optimal choice by processing oceans of data in a single instant, delivering the results on a phone.

Two or more companies can team up or form a joint venture – perhaps to compete against Amazon. Perhaps the world’s largest retailer, and the world’s largest transportation company. Or any number of collaborations done on radically different levels than what’s been possible before edge computing.

These new partnerships can have fully operational systems in the marketplace in a single quarter. Their technology infrastructure transforms from a constraint into a leading, disruptive edge.

The future of edge computing is not moving data centers to the edge. The future brought by this new technology stack is the creation of business models that are unimaginable today because current technology will not allow them.