Differentiation Is At Hand, Will You Grasp It? 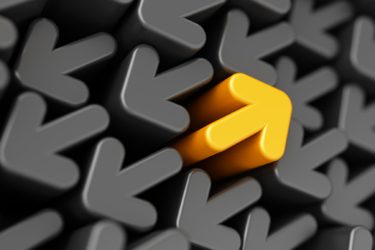 Probably the most vexing problem for any VAR is selling something unique.

VARs are too often at the back of the tech curve delivering yesterday’s technology solutions after most of the margins have eroded.

That is about to change in a very big way.

“By 2025, traditional computing technologies will hit a digital wall…As conventional silicon processors approach performance, economic, and sustainability limits, they will limit digital initiatives and innovation, thereby limiting the growth of the business. New computing technologies … will begin to take their place. As these new technologies mature, they will become increasingly available and more affordable for businesses to begin experimentation.”  - Gartner Group Strategic Predictions for 2021 And Beyond

Gartner predicts happenings in the process but not obvious, and the end of the current tech stack is the most recent.

Quantum computing is nowhere on the horizon, at least not for the VAR community. Quantum outcomes are being tested in labs where they need blinding speed for decisioning apps which will only be used by a tiny fraction of firms.

New technologies are emerging that promise, and deliver today, extraordinary leaps in performance, are not sold by the entire industry, and have margins like the 1975 software industry.

Will the VAR community start introducing some of the new tech stacks or will they wait for the big money to be made for 20 years and then bring these technologies to the last slice of the diffusion curve?

What makes for a new tech stack?

The current one is SQL, relational, maybe Mongo, some virtualization thrown in and lots of security patchwork. Literally everyone sells it today. It is called Dell, HP, and cloud computing.

If there is VAR profit to be made, it would be mostly by accident.

There are growing alternatives. Some are artificial intelligence. As most quickly learn, there is nothing intelligent about AI. It is simply fast, focused processing on large data sets to find incremental insights.

Most everyone is doing AI at some level and the differentiation is lost before it even takes hold.

Fractal Programming is not quantum computing but has the same outcomes – just on current computers.

Fractal is a play on microservices.

Instead of delivering a microservice, a Fractal is a micro app. The app is entirely self-contained – that is, it has its own DB, security system, data, and middleware – everything it needs to live happily on a UNIX kernel.

Fractal apps are fast. They operate 1,000 to a million times faster than any current compute technology because they virtually eliminate all I/O – which is the single major constraint of current compute.

Fractals take an alternative approach. They can build the most complicated electric utility or telco billing system in Fractals in 90 days – into full production.

They run the Fractal system in parallel with the current billing system.

Some fun things happen. First, all billing errors disappear. Of course they do because you have two systems, with different code bases, agreeing on every bill or it is kicked out.

The Fractal system is the one the Major Account teams use to support all their customers – because it can be modified in minutes – unlike the legacy billing system.

There is zero risk of failure because the billing system is not touched – only enhanced in parallel.

The skills needed from the VAR are current – JavaScript and Node.js mostly. The VAR can run the Fractal as a SaaS app generating monthly revenue.

The opportunity is for the VAR to sell great value – defined as something not available anywhere else at any price.

Current tech cannot compete with Fractals because it would take years to build a parallel system for those ugly legacy leftovers. With Fractals, legacy systems can run in parallel for a month or a year then just shut down when the customer is confident of their performance.

The question is whether VARs will give upselling Dell and HP gear sold by everyone, at declining margins, or choose to lead with imagination.