Day One Takeaways From The Business Of Software Conference 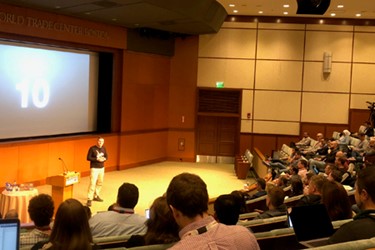 My flight to the Business of Software conference departed at 6:30am on Monday, October 1. It didn’t take me long to wake up once I arrived at the Boston World Trade Center & Seaport Hotel to spend three days with people who come here from all over the country (and the world) to, quote, “Work on your business in the company of some of the best and brightest software entrepreneurs on the planet.” My “live” recap articles from the conference are going to come straight from my notes so I can spend less time writing and more time learning from those best and brightest in the software world.

Here’s are some of my favorite takeaways from day one:

If you’re reading this and are regretting not being at the Business of Software conference this week, you can still learn from some of the software thought leaders who attend. The following are articles we’ve published in Software Executive and on SoftwareBusinessGrowth.com based on people and companies who have been speakers at the conference: