Data Security Viewed With New Perspective Due To The "Snowden Effect" 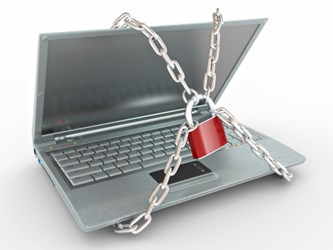 Based on disclosures made by former Central Intelligence Agency (CIA) systems administrator Edward Snowden, individuals and companies around the world now look at data encryption and protection in a new light, according to the 2014: The Year of Encryption study by Egress.

As a result of the “Snowden Effect” — a term used to describe the increase in awareness and perceptions about data security following international data surveillance and high-profile data breaches exposed by Edward Snowden — many organizations are now taking a skeptical and more guarded stance toward their data.

“In fact, we actually see the influence of Snowden as a major positive for the information security market,” said Egress CEO Tony Pepper. “Not only has it forced users to question the underlying security of their data, but it is encouraging them to apply greater due diligence when procuring new solutions.”

An infographic by Egress illustrates a few startling facts:

The Importance Of Data Encryption

In addition to protecting data, security experts recommend encrypting it before sending it out to a third party. The data is most vulnerable when it travels outside of a company’s internal network because it becomes subject to interception by outsider parties. This can lead to a loss of proprietary information, as well as personal employee and client information.

The recent security breaches experienced by retailers such as Target, discussed in “Lessons Learned From The Latest Data Breaches,” by Honeywell Scanning and Mobility for Business Solutions, drives home the need to secure data, especially when it must travel from one point to another.

While your customer might think their data is safe within their own systems, security experts recommend companies take a hard look at how it is handled after it leaves their network. Un-encrypted data can be compromised and used against a company, hurting both their reputation and eventually their bottom line.