Company Culture — So You Don't Ask The Important Questions 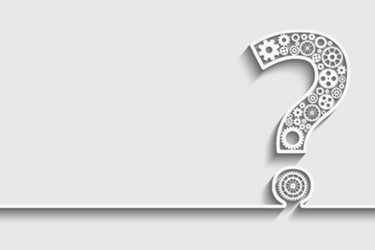 Is there anything more undefinable? Perhaps you know one when you see one?

The younger, more hip, or trying to act hip a company is, the more it seems to tout its culture.

Some firms actually have cultures. These are not created by Chief Culture Officers; they grow organically as any culture does – through long term interactions among people.

Cultures self-select one person over another as they build their tribes.

If a culture attracts one kind of person, it rejects another. That is what a culture does. If you are not a “fit” for the tribe, off the island you go.

Is a culture a good thing?

Cultures differentiate, they support, they empathize, they envelope employees and make them better than they would be without that culture.

What about the culture of HPE, Xerox, IBM, Dell or other technology dinosaur?

Those in the startup world who have to work with these firms, compete against them or replace their products know they have cultures promoting mediocrity, mindlessness, process. They accumulate the less talented, less ambitious (unless corporate politics counts).

They miss markets rather than lead them. They invest resources supporting aging products. They make more money jiggering financials than creating customer value.

Talent and mediocrity are opposites. These cultures push out the former and accumulate the latter. Their declining results prove it.

These tech has-beens are inhabited by generally brain-dead types who could not disrupt a market with a “how to guide.”  HP, IBM, Dell or the hundreds of other declining entities have cultures that squeeze out the leading thinker, the disrupter, the person who can make a difference.

Now, how does that culture thing sound? Maybe not so good?

Let’s not pick on the troglodyte high techs. Their cultures are real, organic and persevering. That is why they are spiraling toward technological indifference.

Truly evil cultures exist. You see these in the startup world, particularly in the VC-funded sector.

Evil cultures are inorganic. They are implanted by HR types who go from one startup to another, when funding runs out, CEOs are replaced or private equity cuts overhead.

Meet the People and Culture Officers who port fake cultures.

These cultures are evil because they are fake.

The employee is given stock options the company knows will never be worth what the employee expects. The evil culture is there to get the worker to put out, day after day, in and out of airports, for stock that declines 50 percent or more in every financing round.

Want to see the real face of the fake “culture?”

As soon as this culture knows you are out, they turn on you like a spurned ex-spouse. Often you are immediately walked out of the building. In many cases, your final expenses, commissions, bonuses are never paid. Some culture.

You left the tribe. You are now an interloper.

Remember, it was never about you. It was about the tribe.

Yesterday they loved you, today you cannot get your final expense check.

This is the face of the fake company culture so many companies use to spin employees into a state of belonging. They have parties, free lunches, logo-wear, dogs running around the office.

Balloons! There must be balloons posted on LinkedIn for the most trivial company event.

This is all fake. It is inherently evil. It is brought to you by the VP of People and Culture.

Try finding out the true value of those stock options?

That culture is there to keep you from thinking such a question is even important.