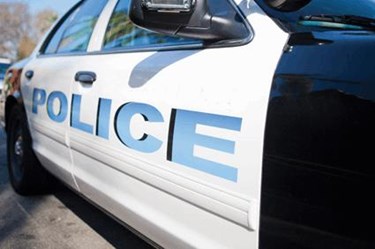 As digital technology reshapes law enforcement, departments across the country are turning to new technologies to help reduce crime, as Business Solutions Magazine reported. The Columbus, OH police department — the largest in the state — has begun a phased roll-out of body cameras across its force following an intense vendor selection process. The rollout began with the Traffic Enforcement Division — 12 traffic officers were equipped with cameras during December — and will be implemented in a multi-phase deployment.

Mayor Andrew Ginther says, “Research shows body worn cameras are an important tool to enhance public safety and promote more positive interactions between the police and the community. I have said before that I wanted to do more than get it done; I wanted to get it right. I stand here confident we have accomplished that.”

The Columbus City Council and Columbus Police Department signed a WatchGuard Video contract for 1,575 Vista Body Cameras following a vetting of five vendors and six camera models. The contract was approved on December 5, 2016.

“This past August, 30 officers working a variety of assignments volunteered to test the cameras and identified the strengths and weaknesses of each vendor,” explains Ginther. “Their input informed the city’s decision to select a vendor and enter into a contract with WatchGuard.”

Arming the Columbus Police Department with body cams was part of Gintner’s campaign promise. The total cost to roll out body cameras, provide training, and pay for server space, licensing fees, and other accessories will be about $9.1 million over five years according to George Speaks, assistant director in the Department of Public Safety. About $3.6 million of the cost is for the cameras and $4.1 million is for data storage. Costs still could change once the city figures out how much data the cameras generate, Speaks said.

Joe Lombardi, city finance director, said they have signed a five-year contract with WatchGuard and the city can buy more cameras as they are needed. The contract will cost the city approximately $500,000 in the first year.

While body cameras are a positive step in many ways, some experts warn they are not a solution in and of themselves. Last fall, The Leadership Conference on Civil and Human Rights and Upturn released a scorecard evaluating the civil rights safeguards of policy body camera programs in 50 U.S. cities, as Business Solutions Magazine reported.

“As police departments across the nation begin to equip more officers with body cameras, it is imperative to recognize cameras are just a tool — not a substitute — for broader reforms of policing practices. Without carefully crafted policy safeguards, these devices could become instruments of injustice rather than tools of accountability,” says Wade Henderson, president and CEO of The Leadership Conference on Civil and Human Rights.

“Body cameras carry the promise of officer accountability, but accountability is far from automatic,” said Harlan Yu, principal at Upturn. “Our goal is to help departments improve their policies by bringing attention to areas where policy improvements can be made and highlighting promising policy language from around the country.”