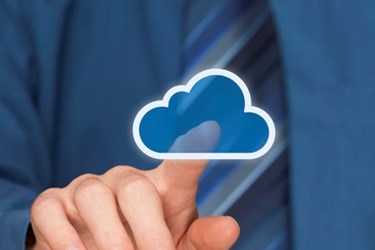 CenturyLink, Inc. has announced the addition of a new Infrastructure-as-a-Service (IaaS) offering known as CenturyLink Government Cloud to its hybrid IT services portfolio. The cloud service is now available to federal government agencies via GSA contracts.

“CenturyLink is proud to offer agencies an innovative cloud infrastructure service that complies with the government’s strict security requirements as well as our own,” said Dave Mahon, CenturyLink’s chief security officer. “We invest heavily in robust cybersecurity protections across our extensive network and data center footprint.”

CenturyLink will use the FedRAMP-compliant VMware vCloud Government Services to help Federal agencies relocate data and expand their data center capabilities. FedRAMP is a government-wide risk management framework that provides a standardized approach to security assessment, authorization, and continuous monitoring for cloud products and services. The program was designed to provide a cost-effective, risk-based approach for the federal government’s adoption and use of cloud-based services, according to GSA.

According to CivSource, the government is expected spend 8.5 percent of its budget on IT services in 2016, up from 5 percent in 2015. Government cloud spending has increased over the past year, and the uptick in spending is the direct result efforts by the U.S. Federal CIO Council and the Office of Management and Budget (OMB) to get government agencies to move some types of IT systems to the cloud — particularly new systems, stored data, and mobile solutions.

But the demand for transition to cloud services also has resulted in new calls from the vendor community. FedRAMP Fast Forward, which includes many cloud providers in its membership, has started calling on the government to improve the FedRAMP certification process and clear bottlenecks. The group argues that FedRAMP has not kept promises like only requiring single certification and that there is no transparency for vendors in the certification process.

“CenturyLink’s collaboration with VMware enables us to help government agencies move their IT services to the cloud via innovative infrastructure services that are built on a secure, FedRAMP-approved platform,” said CenturyLink Senior Vice President and General Manager Tim Meehan, who leads the company’s federal government team.