How were the Best Channel Vendors survey and special report generated?
For the eighth consecutive year, we relied on the wisdom and experience of Penn State University to help ensure the survey’s statistical accuracy. Back in 2009, Penn State agreed with our philosophy of conducting a Web-based survey (as opposed to a phone-solicitation survey) of our subscribers to capture significant data from our most active resellers. The technology categories were determined by the Business Solutions magazine’s (BSM) editorial staff. 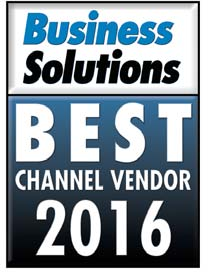 The business continuity/backup and disaster recovery (BDR) category continues to be one of the largest, most competitive fields in our survey. Of 69 vendors, four scored high enough to be named Best Channel Vendors. Of those, three were repeat winners and one (scale computing) was new. Just as with last year, the scores in this category were consistently higher than those of most other categories, evidence that the vendors in this field are pushing hard for excellence.

Whereas last year voters rated three vendors high enough to be named best channel vendors in the labeling category, only two scored well enough this year. Both are repeat winners and both have been very consistent with their scoring year-over-year. It is evident that these two vendors are taking the right steps to earn their status as tops in their category.

In a field of 47 companies, HP, Intel, and Lenovo repeated their winning strategies and once again made our list. This year, Citrix and IBM joined the winners’ circle. Whereas last year all winners had highest scores in the product reliability category, we see a mix of high scores this year.

There’s a nice mix of winners in this year’s POS hardware category. In a category containing 77 vendors, there were some repeat winners (CRS, Epson, and Touch Dynamic) as well as some new winners (Datacap Systems, Harbortouch, and Posiflex).

In the POS software category, we have one less winner this year. However, all three winners made the list last year.

Nothing new in this category as far as winners are concerned. Both Autotask and ConnectWise have been repeat winners since we launched this special report. The consistency shown from these two vendors, despite new automation tools popping up in 2014, is impressive.

We added a category of managed services tools to include other vendors and products that didn’t fit into the two previously mentioned categories. In this new category, RapidFire Tools (used for network assessments) and QuoteWerks (used for generating proposals and quotes) took home the honors.

Who participated in the survey? How did they vote?
From September 2015 to mid-October 2015, BSM VAR subscribers were asked to participate in the Best Channel Vendors survey. We asked subscribers to rate their vendor partners on a scale of 0 (worst) to 5 (best) in seven categories. We also provided some guiding questions to ensure consistency in how VARs interpreted each category:

How many VARs participated? Did you throw away any votes?
A total of 2,737 people participated in this year’s survey, but we eliminated ballots from voters who did not qualify as resellers. In all, 5,401 validated votes were cast in the survey.

How were the Best Channel Vendors determined?
An overall average score for each vendor was determined by adding the cumulative scores of the seven categories and dividing that score by the number of VAR subscribers who rated that product. From that list, our editorial staff chose the Best Channel Vendors by applying a “Scree Test.” We won’t go into the full definition here — we’ll leave that to the Penn State statisticians to explain — but basically our editors applied reasonableness to the results and drew the line where there was a clear break between the highest scorers and the “rest of the pack.” Our goal was to reflect the sense of the survey respondents and let our readership know who they felt were the Best Channel Vendors. Those familiar with our past Best Channel Vendors surveys might remember that our previous results included the top 15 percent of vendors in each technology category and that last year we tightened the grading criteria and chose the top 5 percent of channel vendors based on reader feedback. We continued that tradition for this year’s results.

Did you “fudge” any scores to make sure your advertisers were included on the list? Did any vendors buy their way onto the list?
No. Other magazines have skewed their surveys to include current advertisers or entice new advertisers. We believe engaging in that behavior is not only a disservice to the industry, but also it’s dishonest. We would not compromise the reputation our magazine has built over the past 29 years for the extra revenue a few ads would generate.

OK, so the survey is accurate. But is it perfect?
Certainly not. Penn State’s statisticians stressed to us that all surveys have their limitations. This survey is not perfect, but it should be an excellent tool for the channel because it indicates products and vendors that have highly satisfied VARs.