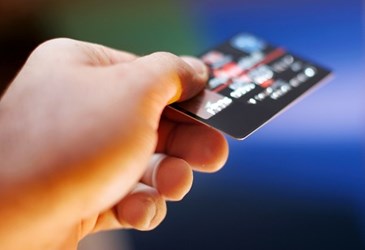 Nearly 8 in 10 (78 percent) of SMB retailers have not yet adopted EMV-ready systems according to a study that surveyed small businesses and their customers on EMV readiness. The study, performed by Software Advice, a research and reviews website for POS systems, revealed 23 percent of non-compliant retailers say EMV migration is “unnecessary.”

In addition, many consumers won’t be ready to use chip cards on Oct. 1. The most recent numbers announced by VISA indicate that less than one-fifth (18 percent) of their 720 million debit and credit cards as of July contain a new embedded chip and will be ready for the Oct. 1 EMV liability shift — when the party with the least EMV-compliant technology will bear liability for fraudulent payment card transactions.
“Large retailers have made tremendous progress installing, testing and now operating new payment terminals to accept chip cards,” said Brian Dodge, executive vice president of the Retail Industry Leaders Association (RILA). “But while consumers can now spot these new point-of-sale terminals at many large retailers nationwide, a quick check of the wallet will confirm that many continue to carry cards secured with the outdated and vulnerable magnetic stripe.”

One of the challenges surrounding the EMV updates is that there is no mandate or regulatory authority requiring the shift to EMV technology. Randy Vanderhoof, executive director of the Smart Card Alliance explained, “I think there has been a sense that merchants were just going to ignore this. They didn’t believe it was going to happen, or they just put it out of their mind because they had more important things to worry about.”

Vanderhoof believes that once the negative consequences of not being EMV-compatible begin to surface, merchants will move to adopt EMV, stating “Anybody who is saying ‘I have no intention of ever upgrading to EMV’ might change their tune a month later, once they get socked with a large chargeback that they’ve never seen before.”