Are You Advising Your Merchant Clients To Upgrade To NFC Along With EMV? 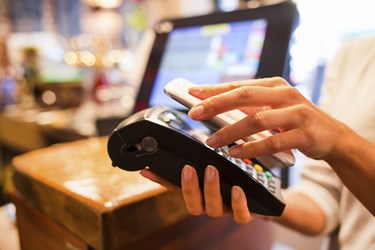 Your merchant clients that rely on you as a trusted advisor are turning to you for advice as they upgrade their payment terminals to accept EMV chip cards. One question is which additional features and functionalities could help future-proof their new solutions and protect their investments — and one of the options bound to be a part of that conversation is whether it’s necessary to include near field communication (NFC) technology.

NFC is the short-range wireless communication technology that enables payment transactions with mobile wallets including Apple Pay, Android Pay, and Samsung Pay. Randy Vanderhoof, executive director of the Smart Card Alliance, tell why merchants consider NFC: “Merchants are in the business of making customers happy. Consumers have demonstrated interest in using their phones to transact business, and merchants want to be in tune with what their customers want.”

Vanderhoof says consumers are attracted to the convenience — they have become accustomed to shopping on their smartphones and other mobile devices and have indicated they’d like to be able to make payments as well. The volume of NFC payments is growing; Apple Pay launched about one-and-a-half years and ago and Samsung Pay and Android Pay launched in the last year have helped increase frequency of use and average spend.

Vanderhoof points out, however, compared to other types of payments, the volume of NFC payments is still small.

One issue that needs to be addressed to help NFC mobile wallet move into the mainstream is consumers’ concern over security. Vanderhoof says, however, research reveals the basis for this concern is lack of understanding about mobile wallet security, not security weaknesses related to the technology. “Mobile payments are even more secure than card payments,” Vanderhoof  says. Mobile wallets such as Apple Pay, Samsung Pay, and Android Pay feature “built-in tokenization.” Actual credit card numbers are never stored on the phones. Instead, a token is stored and can only be used to make a payment when it’s used with the mobile device — so if hackers stole the number, they wouldn’t be able to use it online or transfer it to a counterfeit card. Furthermore, coupled with biometric technology to unlock the mobile wallet to make a transaction or the ability to call the service provider and have payment on the smartphone frozen, the mobile wallet can’t be used if the device is lost or stolen.

Beyond security concerns, NFC mobile wallet adoption is going to depend on availability. Apple Pay, for example, is currently only available on Apple 6, Apple 6s, and Apple Watch. As more consumers upgrade to phones that support NFC mobile wallets, wider adoption could take place, but, says Vanderhoof, it will still take years before the payment type is mainstream.

He concedes that over the next several years when more consumers upgrade smartphones and begin using NFC mobile wallets, there is no guarantee that a shift in technology or consumer preferences won’t create a lack of demand or impact cost. But still, Vanderhoof says adding NFC is a sound future-proofing strategy for merchants. “They can see a segment of the population is now using this and use is growing,” he said. Selecting an EMV-capable card reader that also includes NFC technology makes sense. “For the same investment, upgrade to EMV and NFC,” he says.

Vanderhoof advises IT solutions providers to educate themselves about security related to mobile wallets. He points out if research shows consumers question how secure they are, store owners will likely question this as well. “Explain why it is secure. You are in a position to be reassuring that this technology is good for business and secure,” he says.