Are We Ready For Government Biometrics? 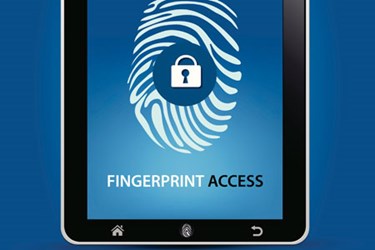 According to a recent survey by Accenture, nearly 90 percent of citizens surveyed in six countries say they are willing to share their biometric details — the unique physical characteristics, such as fingerprints, that can be used to verify identities and automate recognition — when traveling across international borders. However, almost 70 percent of the 3,000 survey respondents say they have not shared any biometric information to date.

Survey respondents — from Australia, France, Germany, Japan, the U.K., and the U.S. — believe biometrics can play a significant role in facilitating faster and more secure travel while protecting borders. More than 60 percent of those surveyed are willing to share biometric information to make their country’s borders more secure, speed up customs and border control processing, and make travel more convenient

These results were startling, says Mark Crego, managing director for Accenture Border and Identity Services, adding that “It seems there’s been a huge change in public opinion and that people are much more willing to use biometrics as they have in the past,” says Crego. “Particularly if they can feel more secure, they can see a national security increase, where they see benefits to themselves, and where it doesn’t take any more time to get through the borders.” Crego continues, “The survey findings show strong support from citizens for the greater use of biometrics to secure national borders, enable more convenient travel and facilitate faster processing through customs and border control.”

More than half, 58 percent, of those surveyed say they would be likely to share their biometric details to enable participation in Registered Traveler Programs (RTP’s) that allow pre-registered passengers to have faster, easier processing through customs and border control. The survey also found nearly 75 percent of citizens support the use of biometrics to verify the identities of all persons — citizens and visitors — crossing borders and a similar number, 73 percent, believe that using biometrics to verify the identity of everyone crossing the border would make countries more secure.

Crego adds, “The strong support by citizens for technologies that can improve travel and secure borders demonstrates how important it is for border management agencies to continue adopting new tools that meet the demands of citizens and better manage the transit of people across borders. Increasing the use of biometrics and introducing registered traveler programs can make traveling faster, safer, more convenient, and strengthen both border and national security through improved intelligence gathering.”

Despite this apparent willingness to participate, the U.S. is lagging in biometrics adoption, according to Avivah Litan, Gartner analyst. “I think companies underestimate how much consumers want more security and of course there’s convenience,” Litan says. “And I think this study shows that consumers will go an extra mile for better security, which in most cases offers more convenience.”

Litan believes that, since the public is willing to accept biometrics, as witnessed by this survey, now is the time for adoption, because nothing else is working that well. “The bad guys have figured out how to counterfeit documents,” she says, “and there’s a great need for authentication everywhere, not just in airports, but across the Web and in all our interactions.”