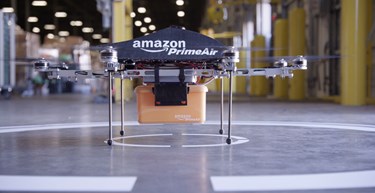 Amazon.com made a request last week that could change the future of field service and delivery. The company is seeking an exemption from the Federal Aviation Administration (FAA) rules prohibiting the use of drones for commercial purposes. Amazon wants to begin testing its delivery drones near Seattle, as part of a rapid expansion of a program, Prime Air, which has sparked widespread debate over the safety and privacy implications of drone technology.

In a letter dated July 9, posted on the FAA’s website, the company details the current drone program.“We are rapidly experimenting and iterating on Prime Air inside our next generation research and development lab in Seattle,” the letter states.

CEO Jeff Bezos wants to use drones — small unmanned aircraft — to deliver packages in 30 minutes or less. Amazon is working on the eighth- and ninth-generation of Prime Air, and is testing their agility, redundancy, “sense-and-avoid sensors,” and duration and other algorithms. The company is also working on aerial vehicles that can travel more than 50 miles per hour and transport a five-pound payload.

Currently Amazon can test drones indoors and in other countries. But it cannot conduct R&D flight tests in open outdoor space in the state of Washington, where Amazon has its headquarters.

“Of course, Amazon would prefer to keep the focus, jobs and investment of this important research and development initiative in the United States,” the company said in the letter, dated July 9 and signed by Paul Misener, head of global public policy for Amazon.

Since 2012, the FAA has allowed only limited use of drones in the U.S. for surveillance, law enforcement, atmospheric research, and other applications. Currently the FAA prohibits the use of drones for commercial purposes (with few exceptions) and has strict guidelines for the use of recreational drones. Last year, the U.S. government created six sites for companies, universities and others to test drones for broader commercial use in Alaska, Nevada, New York, North Dakota, Texas, and Virginia.

Despite the controversy, Amazon has rapidly grown the drones’ team in the last five months. It has hired roboticists, aeronautical engineers, remote sensing experts, and a former NASA astronaut, and recently advertised for a full-time communications manager for the program.

Delivering packages by drones will one day be “as normal as seeing mail trucks on the road today,” Amazon said in the July 9 letter.