AAFP: EHRs Are Failing Your Healthcare IT Clients And Their Patients 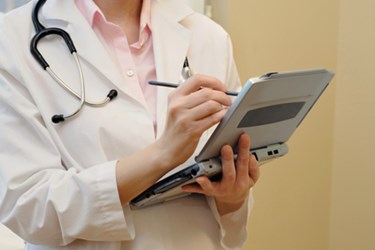 Physicians have been heavily impacted by the advent of electronic health records, and one of their premier professional organizations has taken the stance that the industry-changing technology is doing them a disservice.

In its blog, the American Association Of Family Physicians emphasized, the dissatisfaction many physicians have with the performance of EHRs. They made their critique known to the Office of the National Coordinator of Health IT (ONC) in a letter to director Karen DeSalvo, M.D., M.P.H., describing the systems as “cumbersome” and not meeting their workflow needs. The letter also cites decreased efficiency and limited interoperability, if any.

Their critique didn’t end with the impact on physicians though: “Most importantly, certified EHR technology can present safety concerns for patients. We believe there is an urgent need to change the current certification program to better align end-to-end testing to focus on EHR usability, interoperability, and safety.”

The letter didn’t stop short at criticism. The AAFP, along with 40 other signing organizations, suggested changes to improve the current EHR certification process, including:

They also requested an increased emphasis on education for physicians and other professionals using EHRs around implementation. “ONC should routinely request implementation best practices from the field ... At the very least, educational activities should be conducted after each new EHR certification version.”