A Simple Guide To Automation Testing 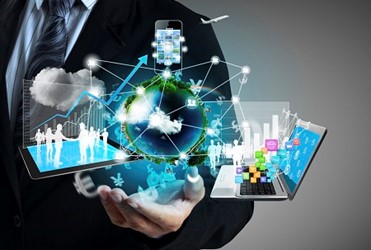 There is no doubt that software testing is an important component of developing an application or software. It turns out to be an overwhelming task, but automation testing has changed the way software testing services used to be a few years ago. Though 100% automation is not possible, the right balance between manual and automated testing makes for a perfect testing solution. Testing should not be mistaken for ‘checking’ as testing is an altogether process of achieving quality and performance before the final product release. While investing in automation testing, the sole purpose is to reduce maintenance costs and optimize testing processes for development and quality assurance experts.

New to automation testing? Well, testers need to answer a few questions like:

It is pretty normal for testers to come up with such concerns because investing in automation means that most of the manual work will be automated. But it is a tricky question as to which tests should be automated. However, once testers choose automation, it is important to share the idea with all the team members. Software developers require support during changes in testing modules, which is vital to conduct useful automation efforts.

Choosing a framework or tool is one of the most important decisions that testers have to make.  Developers require tools that can assist in testing during development activity. When choosing a tool, the following are a few significant questions to address:

Developers require automation tools that they easily code. The main goal should be in picking the right tools for testing projects.

Developers and testers initiate their automation efforts by writing test cases. It may be complex in the beginning, but with practice, testers are easily able to create more successful test cases. The best solution is that testers should try to write cases that pass. They can begin with an outline that guides them regarding the time to complete a certain task.

Listing down questions and answering them does not always lead to perfect testing solutions. But it is safe to say that in order to make automation work, it is necessary to take baby steps so that desired goals can be achieved. Thus, even if QA teams do not have answers yet it is perfectly alright. Testers can always go ahead with automated test cases and it will totally be worth it!

These are basic guidelines and steps to automation testing that can be helpful for QA teams. Automation testing does wonders for organizations. Increasingly, software testing companies are looking into new techniques for optimizing automated testing in their software development processes.

Ray Parker is a senior marketing consultant with a knack for writing about latest news in tech, quality assurance, software development and travel. With a decade of experience working in the tech industry, ray now dabbles out of his New York office.