How an IT staffing company transformed into a nine-figure solutions provider.

BlueAlly’s story isn’t one commonly told in the channel. Before growing into its current state as a $150 million MSP, the company was an IT staffing agency. While somewhat unique, the company’s history isn’t really surprising, given the synergies and market opportunities in each sector.

MarketsandMarkets research puts the total U.S. managed services size of market at $152.45 billion as of May 2017. Compare this to the American Staffing Association’s estimate of a $150.4 billion market as of June 2017 for the U.S. staffing industry, which includes both contract staffing and search/placement services. There are about 20,000 staffing agencies in the U.S. and even more managed services firms. While not entirely unheard of — this month’s feature story on page 18 delves further into the relationship and synergies between IT staffing and managed services — BlueAlly is certainly an outlier with its seat at both tables.

BlueAlly’s staffing services date back to its founding in 1999. Its foray into managed IT services, managed security services, and infrastructure optimization solutions started just four years ago. Already, IT services account for $105 million of the company’s $150 million in annual revenue. That’s right – 70 percent of BlueAlly’s revenue comes from a division that has been around for less than one-fourth of the time of its staffing business. The success of the staffing division allowed reinvestment in growing its IT offerings through four recent solutions provider acquisitions. Together, these acquisitions formed the BlueAlly Technology Solutions Group, headed by VP of Technology Operations Bernard Westwood.

What should open the eyes of other MSPs is that BlueAlly didn’t just cobble together a help desk and sign up to support a few vendors. Westwood and his team aren’t busying themselves resetting passwords and replacing monitors for its clients. Instead, the technology side of the house has used a robust engineering team to provide sophisticated solutions to enterprise clients.

INVESTING IN VISIBILITY-AS-A-SERVICE
BlueAlly’s Technology Solutions Group has a new coat of paint thanks to recent acquisitions, but the technology and services under the hood have been humming for more than 25 years. Westwood himself used to work for one of the solutions providers BlueAlly recently acquired. His nine plus years at Syscom Technologies helped him hit the ground running when he took on his current role in May 2016. Low turnover at the companies BlueAlly acquired also helped the newly formed group transition smoothly. So what is it, exactly, that this newly formed group does for clients? BlueAlly calls its differentiated offering “converged infrastructure services.” This solution set includes data center consolidation and virtualization solutions, network and security solutions, and enterprise-wide IT asset and infrastructure assessment and optimization.

That marketing boilerplate translates to solving this problem: Something goes really wrong from an IT standpoint, and clients quickly resort to blind accusations because there isn’t a single view of applications and hardware. Or, a client will build capabilities in versions one and two that aren’t subsequently used by customers once versions three and four are rolled out, and by then there are redundant applications and processes that no one can identify (and even if the problem is identifiable, the legacy technology is hard to replace). “The bigger the companies are, the shallower they tend to be around understanding storage, networking, applications, and servers,” says Westwood. “You end up with a lot of finger pointing within the internal customer base when something goes wrong.”

BlueAlly is already pulling in more than $100 million in managed services revenue by finding ways to increase client productivity and efficiency through monitoring device and application health. Westwood calls this “visibility-as-a-service.” The Technology Solutions Group is just starting to think through how to monetize the correlated data it streamlines for customers, and, when it does, this team will continue to outpace the staffing division of BlueAlly. 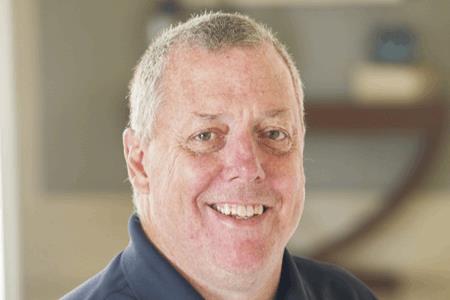 "The bigger the companies are, the shallower they tend to be around understanding storage, networking, applications, and servers. You end up with a lot of finger pointing within the internal customer base when something goes wrong."

INVESTING IN SALES ENGINEERING & OFFERINGS
Selling complex IT solutions requires more than a sophisticated sales team. Westwood estimates BlueAlly’s engineering to sales ratio is around 24 to 17, which is a much more expensive staffing composition than in sales- or technician- heavy MSPs. As with any MSP, there is always the risk of a sales rep overpromising on an implementation timeline that engineering can’t realistically deliver, but BlueAlly’s engineers work side by side with customers to ensure this risk is minimized. “A lot of times engineers are involved in the presales implementation,” says Westwood. “So they’re always making sure that we can deliver what we promise, whether that means they’re outside at 2:00 p.m. during the work week or at 3:00 a.m. on Sunday. Our engineers have to be there when the customer is over our shoulder.”

Westwood points out there is a fine line to walk when it comes to training sales and engineering teams on a new offering. Solutions providers can’t lose sight of core business offerings that keep the business afloat. “Where you see VARs and MSPs getting themselves in trouble is when they bring out new technologies to distract them, versus a new service that you can create. It’s hard to both keep your current revenue stream going and operate your current business while you’re trying to bring on a new service, especially if you have to make an investment to hire new people.” Westwood is constantly conscious of how much time sales and engineering spend training on a new technologies and services.

BlueAlly’s engineering learning curve is shortened thanks to the fact that most of its engineers come from end-user environments and understand what it’s like to be in the shoes of an IT director. But even with a savvy engineering and sales team in lockstep, one of BlueAlly’s most pressing challenges is crafting its message and market strategy. “A lot of times customers have multiple problems, so solutions providers show the product, they do a proof of concept, and they show them how to solve that problem. Then the customer says, ‘Thank you, we’re going to put that in our budget for next year,’” Westwood explains. To counter this, BlueAlly is working with some of its largest vendor partners to develop consumption plans charged on a monthly basis that can skirt around CapEx decision making.

Just as BlueAlly works with vendors and customers to overcome budget constraints, so also its transition from staffing services to technology services wasn’t an easy financial move. Its ownership relied heavily on acquisitions to build and grow its managed services division, and gobbling up other MSPs isn’t cheap. It requires sacrifice from the top and buy-in from the entire team to successfully reinvest in a business. “What’s been a key is the company’s willingness to reinvest so much money into the company to help fund our managed services,” says Westwood. “We know we have to continue to innovate. There are a lot of VARs out there. We’re constantly asking ourselves, ‘How do we innovate to be different from the rest of them?’”