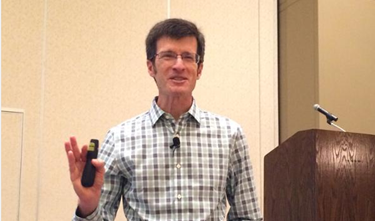 Q: Are you OK with the fact that most of us will make bad decisions?

Heath: “We are going to mess up. We don’t have the perfection gene — none of us. The concept of ‘Preparing To Be Wrong’ isn’t meant to be pessimistic. Let’s concede we will be wrong in some cases. So let’s make some contingency plans for when something starts going south that we won’t try to salvage a bad decision. Let’s work to turn the bad decision into something productive.”

Say an organization is five layers deep. How do the percentages of making good decisions change when you move throughout the layers of that organization?

Heath: “The easy decisions are the ones we delegate to the front lines of the organization. Your hit rates are higher there than at the top of the organization. Organizations are built to handle exceptions. What ends up on your desk are things people took a swing at and whiffed. If you ever feel your days are a list of endless difficult decisions, that’s by construction. Talk with your leadership teams about these things a little more explicitly. I’m hoping with some more thought, we won’t nail 100 percent, but if we get one better hit in 12 we’ll be in a better position.”

Q: My question is about sunk costs. Can you talk about emotional baggage and how that impacts your decision even when it’s logical you make a different decision?

Heath: “The idea of sunk cost — we see it in real estate and stocks a lot. It’s a huge, huge issue. In that wash of emotions that confronts us, like when we have an anxiety-filled HR decision to make, how do we step back and make a better decision? We’ll talk about the concept of ‘Attaining Distance Before Deciding’ a little later.” 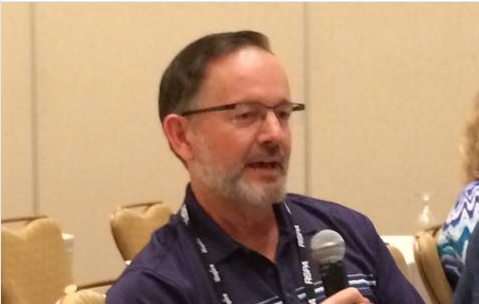 Q: Can you talk more about “Disconfirming Questions” and how we can do better at being skeptical of our own decisions?

Heath: “Luckily we don’t always have to ask disconfirming questions of ourselves. God gave us spouses and kids to do that. Organizations that are effective at this have set up routines and processes to ask hard questions at the right time. The Pentagon has a “merger board,” and you have to pass your missions through that board whose only job is to poke holes in your plans. They don’t have the same bias you have. The Roman Catholic Church has a ‘devil’s advocate’ who makes the case against sainthood for candidates for that. You are arguing against someone who’s really, really good. The Catholic Church calls them ‘the defender of the faith.’ Imagine if we had someone who always argued against the merger and the new technology adoption and called them the defender of the faith instead of the cynic.”

Q: My company had what we called a MUG — a Malicious User Group — that would try to break the software so we could fix the product before releasing it.

Heath: “That’s brilliant. You can see the implications if you had a MUG for every service you were going to offer. A MUG — I’m going to borrow that for all of my future talks.”

Heath is the co-author (with his brother Dan Heath) of Decisive: How to Make Better Decisions in Life and Work (2013), Switch: How to Change Things When Change is Hard (2010), and Made to Stick: Why Some Ideas Survive and Others Die  (2007). A professor at Stanford Graduate School of Business, his course, How to Make Ideas Stick, explores whether the principles of “naturally sticky ideas” can make messages more effective. The course has been taught to hundreds of people including managers, nonprofit leaders, product designers, and venture capitalists.

For more on Chip Heath’s presentations at INSPIRE 2015, read: