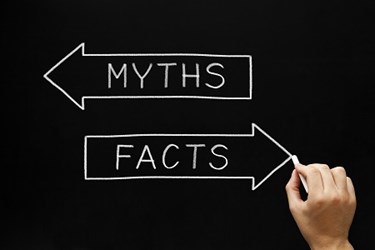 When it comes to moving workloads to the cloud or leaving them on premises, there are still a few lingering myths customers believe that must be debunked for everyone’s sake.

For most companies, the cloud has become an everyday part of the business. Salesforce.com has 3.75 million subscribers using its cloud-based CRM product. And, in its Q3 2017 earnings report, Microsoft reported that more than 120 million active commercial users are running Office 365, up from 100 million the previous quarter. Despite the broad adoption of cloud apps and services, there seem to be a few lingering myths about security-related matters. Among the untruths, here are the top three MSPs should be on the lookout for:

Myth 1: “My cloud provider backs up my data, so I don’t need to worry about data loss.”

Most cloud providers offer some level of data backup, but it's usually less protective than what a client needs. For instance, some organizations fall under strict email- and document-retention regulations, and failure to comply can lead to fines or other serious repercussions. By default, Office 365 data that is deleted, for example, becomes non-recoverable after 30 days. Longer retention times are only possible with more expensive editions of Office 365. And if a client cancels its subscription, its data is automatically deleted after 90 days. Other cloud services have even less generous data backup and retention policies.